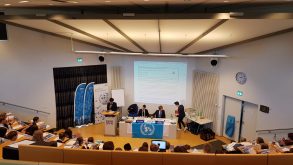 There are different committees that handle different topics such as reducing poverty by strengthening entrepreneurship or the assistance of nations suffering from natural disasters and take place in different buildings in Oldenburg. Most of the time the students spend their days, usually from morning to afternoon, in their committees but they also have the opportunity to join the evening programmes the OLMUN Team prepares for the students. And also, there is a dress code the students have to follow during their committee sessions, that states that all attending delegates and chairs have to wear business attire.

But the OLMUN is much more than just a simulation of the United Nations. It is a chance to meet new friends, to improve your language and social skills and it is a great opportunity to have fun.

In the following section each of us will give a short overview of their experience and their personal highlights of the OLMUN event including the official ceremonies, the work in the committees and the evening programmes.

This was my second MUN-experience, so I knew partly what to expect. The previous MUN was in Sweden and only for our school. The language spoken was not English but Swedish, so expressing arguments for and against suggestions regarding the draft resolutions in English was a new fun challenge for me. It was very exciting to see that so many were at the conference and from so many different countries. It was a lot bigger than I had ever imagined it to be. Not only German students attended, but also students from America, the Netherlands and even Russia. There were social gatherings planned for each evening and we attended all of them in hope to socialize and find new friends. For me they were all about finding people from Sweden though, which didn’t end in success. Nevertheless, we met great people, some attending their first MUN and some with twenty MUN conference experiences. Not only were the evenings with a barbecue, a soccer game and a party something worth to remember, the committee sessions were too. Due to some of the attending students’ lack of time feeling or ”disrespect” towards the dress code there were several ”punishments” to be executed during the day. Some of them were to dance the Macarena, to sing karaoke to “The lions sleep tonight”, to invent a convincing speech in a non-existing language and even to dance the waltz. These actions led to a great atmosphere within the committee and made everyone comfortable in everyone’s company. Our committee was so into the topic that there was not a second where improvement for the resolutions was not discussed. During coffee breaks, lunch breaks and every opportunity we had, the best solutions were up for discussion. Everyone in the committee was contributing something to it, making the experience a great one. Due to this passion regarding the topic, both resolutions we had, decided on in the lobbying process, went through. After a ton of amendments, second degree amendments and motions to move to the previous question every delegation represented in the committee voted in favor of both resolutions and finally clapping was in order.

As this was my first MUN there were many questions concerning what to expect left unanswered which left me wondering if this event was really something fitting for me, but luckily most of these questions already got answered on the first day and I was already looking forward to the committee sessions.

Even though some parts like the organisation and the chairs also deserve some critique, for example the schedule, which didn’t give enough time for the lobbying process or the debates,  overall I really enjoyed the OLMUN and would like to shortly express what I liked the most about the OLMUN.

So my first highlight was the so-called soccer game, which was more of a sitting and talking event than an actual football tournament.

After having arrived late due to Leon’s lobbying success we were still able to find a nice place on the Dobbenwiese and sit down next to the rest of us who were already talking to new-found friends. But unlike other official events you were able start conversations easily, because during lobbying you already met some people and thus were able to simply pick up the conversation again and finally really meet the people you spent the whole day with working on resolutions.

This whole experience was also supported by great weather resulting in a lovely atmosphere.

Another personal highlight was the final stage of debate, when both General Assemblies where put together to discuss the work each assembly did during the previous days and to put said resolutions to vote.

This gave us the opportunity of either watching or also interacting in passionate debates between delegates and showed us the progress we made in our committees.

And to put it all in a nutshell, the OLMUN gave me the opportunity to broaden my horizon and to create memories for my future life.

The OLMUN 2018 was my first MUN. So I did not have many expectations. That was why I was really impressed by the Opening Ceremony which took place in the Weser-Ems Halle. It was a wonderful and impressive feeling to be part of about 800 delegates, of whom I represented Gambia. But then the first Roll Call started which is always the first thing to do in committees and assemblies to check if every delegation is present. It was very interesting and sometimes a  funny experience to find out which countries exist. I mean have you heard of Timor-Leste, Guinea-Bissau and Djibouti before? After the Opening Ceremony we looked forward to the committee sessions, which were quite interesting and very impressive too.

All the people were very friendly and it was of course a highlight to talk to other delegates, because some were from Chicago and their English was amazing.

All committee sessions were exciting due to the fact that everything was decided in formal ways that sometimes we voted on details so minor that it was already funny.

But all in all, it was a great experience meeting so many people, speaking so much English and being part of such a big event.

For me personally, it was the first MUN-experience and the OLMUN was an exciting and fun experience with every day bringing something new. A barbecue was planned for the first day, which we attended in order to get more acquainted with the others. The next day, the sessions in the committees followed and the lobbying, where groups were formed. At the end, my group decided on me as the Main Submitter with my resolution being the foundation of our common resolution. As such, I had to attend the Approval Panel which lasted longer than expected and resulted in me being later back to head to the Dobbenwiese along with the others. In the end we managed to sit down and talk with others since each of us got acquainted with at least some people from their committees and even with others from other committees. The following days, the resolutions, which were decided on during the lobbying process, were discussed. I, too, had to give a speech in front of my committee to convince the other delegations to support our resolution. Amendments and motions were made and discussed and after all that, the votings for the resolution were upon us. Even during the breaks, nothing held the delegates, including me, back to further discuss the resolution and possible amendments. At long last, out of three resolutions, two passed, one of them being mine/ours, which was a surprising, but welcomed surprise. Aside from the evening programmes, the barbecue, soccer game and the party, the committee sessions provided some of the delegations with punishments, including marriage proposals, karaoke and dancing in front of the whole committee, which also added a unique aroma to the atmosphere.
Luckily, the weather was in our favour most of the time and further made our time in Oldenburg a pleasant one, as well as the other participants, who were really nice, even offering me a ride on their bike when I was lost in the city, tips for my speech and resolution and engaging in conversations, during committee sessions, breaks or even during evening programmes. Not everything went perfectly, but that didn’t reduce the great experience the OLMUN provided.
After everything was said and done, every delegation and every committee met in the Weser-Ems-Halle and every chair of the respective committees gave a presentation about the events that occurred during the committee sessions the past few days. Lastly, the OLMUN 2018 was officially closed and every delegation/participant was able to return, waiting for the next OLMUN, 2019, to start. The OLMUN 2018 gave me the chance to gather memories with people all around the world and with my friends from school and further expanded my horizon.

As a delegate of Austria, I had the chance to take part in my first MUN and even though or maybe especially because of my uncertainty I had amazing and impressive four days in Oldenburg. It was not possible to imagine the size and the significance of the event in advance, although I knew that there would be 800 delegates, from all over the world, taking part. Because of that it was even more impressive to be in between all those students, interested in politics, to take part in the first roll call and to hear the opening speeches by other delegations on the first day in the Weser-Ems-Halle. In hindsight I would determine those hours as the most impressive and inspiring, but there were several other moments that made OLMUN a great and valuable experience.

—
Additionally to my own comment, everyone else is just expressing and summing up the feelings I missed in mine. So all in all, we can say that OLMUN was a worthwhile time. A mix of seriousness, but also joy, made a good and exciting time and we can only wait for the next OLMUN, 2019, to begin! 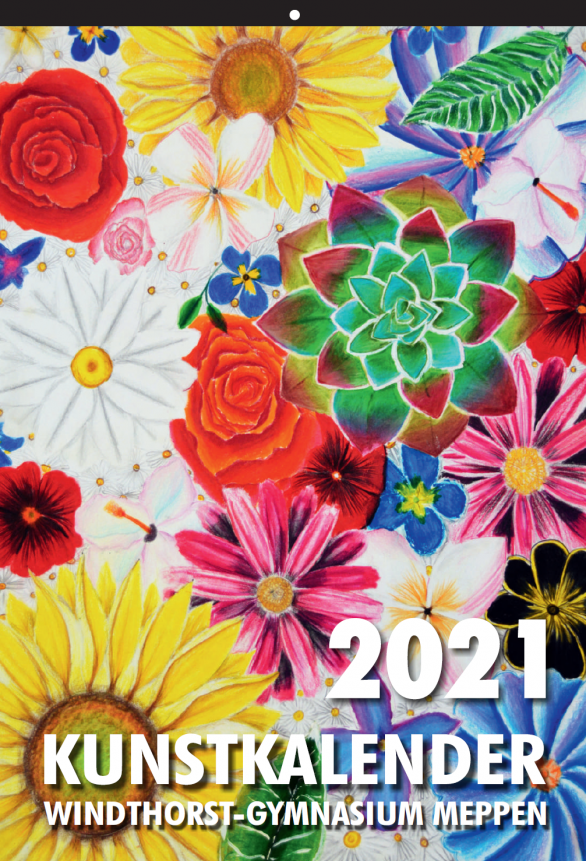